The spice that Americans call Cayenne Pepper has several other names that are used throughout the world. It can also be found as Guinea Spice, Bird Pepper, Cow-Horn Pepper, Red Pepper, & Guiana Pepper. Regardless of the name used to identify this spice, the impact on the food and recipes that it is applied to is unmistakable. Cayenne is named for the city of Cayenne in French Guiana. The individual fruits or peppers are dried and ground into powder. This flavorful spice can also be placed whole or in thin slices into vinegar and used in liquid form. This liquid form is very popular in Asian cuisine. 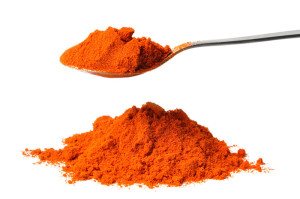 Most varieties of the Cayenne plant are grown in warm tropical climates. The plants grow between 2.5 feet and 5 feet tall and flourish in hot, humid, and steamy weather. The more nutritious the soil, the more fruit or peppers that each plant will produce.

Cayenne-PeppersAdding Cayenne to your diet will result in a healthier body. I know . . . not another health pitch. Well it’s true. Listen up, you will like this. Cayenne contains large amounts of Capsaicin. This mysterious active ingredient is found in most chili peppers. Capsaicin causes the blood vessels in mammals to expand. It also causes our metabolism to increase which in turn triggers weight loss. I told you that you were going to like this! 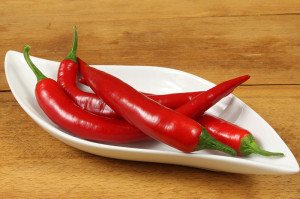 Cayenne is a popular spice in a variety of cuisines around the world. It is added to sandwiches, sauces, and dishes of all kinds. The liquid form in a vinegar sauce is often added to vegetables, soups, casseroles, and country breakfasts. If you like spicy food you already know about Cayenne. If you don’t, it can be very flavorful without the “hot spice” if used gently. I said gently! Herbs and spices can enhance any meal. Don’t be afraid to experiment. Try small amounts in tiny portions so as not to ruin your meal if you over due it or just don’t like the flavor.