Dill Weed will forever be thought of by most Americans as a necessity simply because of pickles. Americans consume pickles at the rate of over nine pounds per person per year. In Asia and Europe, they have known and used Dill Weed for centuries. The Egyptians first wrote about Dill Weed over 3,000 years ago and sadly used it medicinally only. Where would Fish be without some lovely sprinkles of Dill Weed? I cannot imagine a Salmon fillet without some Dill on top. Aside from seafood, Dill Weed goes very well with a variety of dips and spreads, soups and dressings, not to mention vegetables, breads and meats. Want to live on the wild side? Try some Dill with your next boring, same old recipe meal. The instant difference may not surprise you, but will surely surprise your dining guests. This is a truly under used herb that will have your guests and family think you went to cooking school. Come on . . . . make someone happy . . . . use a little Dill Weed. 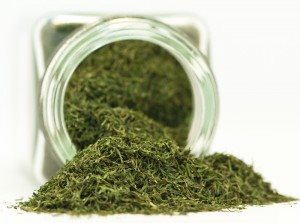 Dill-Weed-SeedsDill Weed is a member of the parsley family and originated in the Mediterranean and Asian regions of the world. The seeds, leaves, and Dill Weed plant are all edible by humans. The mature seeds of the Dill Weed are toxic to birds, however, so be aware if you decide to grow your own Dill Weed. 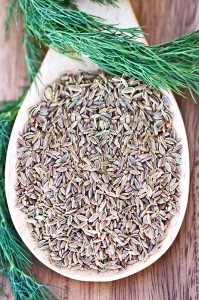 As usual with some spices and most herbs, storage can be an issue for the freshness of this lovely herb. Refrigeration extends the life by several months and freezing extends the life of this flavorful herb by as much as six to nine months.

On a side note, this herb aids with digestion and relieves intestinal gas. It can promote sleep and assist with getting rid of hiccups. The Romans thought of Dill Weed as good luck so use some Dill Weed tonight for dinner and get lucky!