Ginger or Ginger Root is the rhizome or clustered root of the plant Zingier. Its cultivation originated in South Asia and has since spread to all of Asia, East Africa and the Caribbean. In 1585, Jamaican ginger became the first oriental spice to be grown in the New World and imported back to Europe. India, with over 30% of the world’s share, leads in the global production of this spice, followed by China, Indonesia, Nepal, and Thailand. 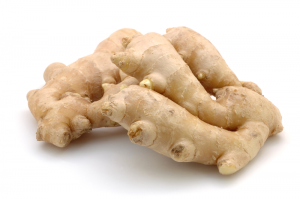 The Zingier Plant produces clusters of white and pink flower buds that bloom into yellow flowers. Because of its aesthetic appeal and the adaptation of the plant to warm climates, ginger is often used as home landscaping in subtropical climates. This perennial reed-like plant with annual leafy stems, grows 3 to 4 feet tall. Traditionally, the rhizome is gathered when the stalk matures and withers, then is immediately scalded, washed and scraped. This process will kill the plant and prevent sprouting.

Ginger is a hot, fragrant kitchen spice. Young rhizomes are juicy and fleshy with a very mild taste. They can be pickled in vinegar and used as a snack or just cooked as an ingredient in many dishes. They can also be steeped in boiling water to make tea. Honey, orange and/or lemon slices may also be added to enhance the tea. It can also be made into candy, or wine which has been made commercially since 1740. 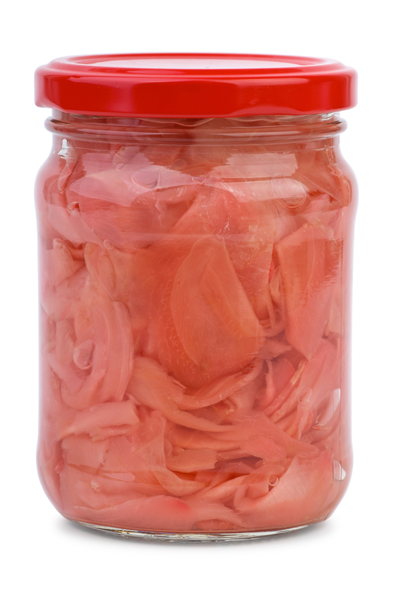 Fresh ginger can be substituted for ground ginger at a ratio of 6 to 1 or to taste. The flavors of this fresh and dried spice are somewhat different. Powdered dry ginger root is typically used as a flavoring for recipes such as gingerbread, cookies, crackers, cakes, ale, and beer. Fresh ginger should be peeled before eating. For long term storage, it can be placed in a plastic bag and refrigerated or frozen.

In America ginger is traditionally used mainly in sweet foods such as ale, bread, snap cookies, and biscuits. Canton, a ginger-flavored liqueur is produced and sold in France. Ginger wine is produced in the United Kingdom, traditionally sold in a green glass bottle. It is also used as a spice added to hot coffee and tea.

Fresh ginger is one of the main spices used for making curries and many other vegetable dishes. Fresh, as well as dried, it is used to spice tea and coffee, especially in winter. Powdered, it is also used in certain food preparations for pregnant or nursing women. Ginger is also consumed in candied and pickled form. In Asia, this popular spice is finely chopped or ground into a paste to use as a base for chicken and meat dishes alongside onion and garlic.

In China, sliced or whole ginger root is often paired with savory dishes such as fish, and chopped it is commonly paired with meat, when it is cooked. However, it is sometimes a component of Chinese candy boxes.

In Japan, ginger is pickled or used raw with tofu, noodles, and sushi. In the traditional Korean Kimchi, this spice is finely minced or just juiced then added to the ingredients of the spicy paste just before the fermenting process.

Throughout the Caribbean, ginger is a popular spice for cooking, and making drinks such as sorrel, a seasonal Christmas drink. Jamaicans make beer both as a carbonated beverage and also fresh in their homes. Tea is often made from fresh ginger, as well as the famous regional specialty Jamaican cake. 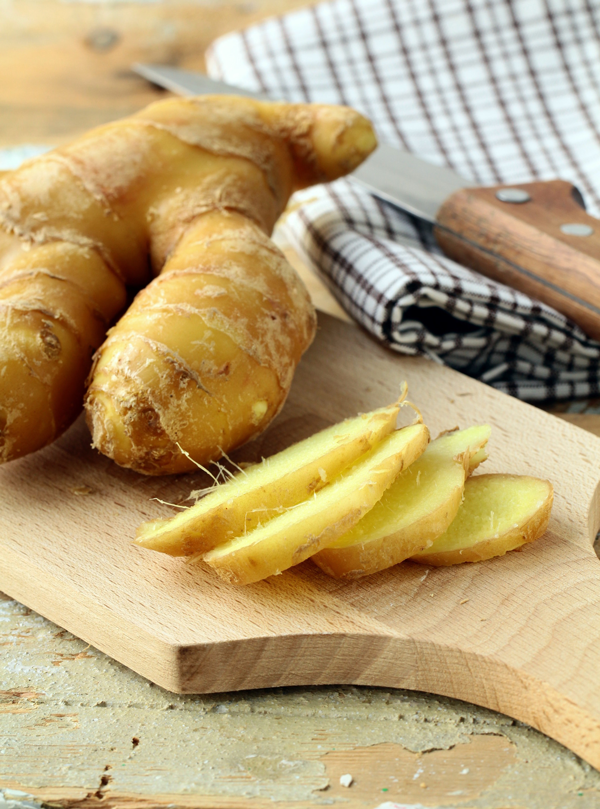 Tips for preparation would include the removal of the skin from fresh mature ginger, by peeling with a paring knife. It can then be sliced, minced or julienned. The taste to a dish depends upon when it is added during the cooking process. Added at the beginning, it will lend a subtler flavor while added near the end, it will deliver a more pungent taste.

Easy uses for Ginger in American cuisine includes lemonade and is made simply by the combining freshly grated ginger, lemon juice, cane juice or honey and water. Add extra inspiration to your rice side dishes by sprinkling grated ginger and sesame seeds to taste. Combine it with soy sauce, olive oil and garlic to make a wonderful salad dressing. Add it with orange juice to puréed sweet potatoes. Spice up your healthy sautéed vegetables by adding ginger fresh and finally don’t forget to add it grated to your favorite stuffing and baked apples.