Oregano is a common perennial herb and a member of the mint family. Oregano is related to the herb marjoram, and is sometimes known as wild marjoram. It is native to warm climates and found throughout the Mediterranean Region. This fine herb grows to over twenty (20) inches in height, with purple flowers and spade-shaped, olive-green leaves. It prefers a hot, relatively dry climate, but will do well in other environments and prefers full sun. Cold climates rarely produce quality Oregano. 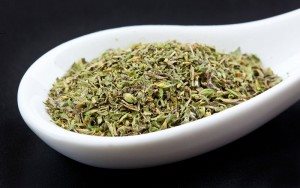 Oregano HerbOregano is an important culinary herb, used for the flavor of its leaves, which is more flavorful when dried than fresh. It has an aromatic, warm and slightly bitter taste, which can vary in intensity. Good quality oregano may be strong enough to almost numb the tongue, but when adapted to colder climates it often has a lesser flavor. Factors such as climate, seasons and soil composition affect the aromatic oils present, and this effect may be greater than the differences between the various species of Oregano plants. Taste ranges from spicy or astringent to more complicated and sweet.

Oregano’s most prominent modern use is as the staple herb of Italian-American cuisine. Its popularity in the United States began when soldiers returning from World War II brought back with them a taste for the “pizza herb” which they had probably eaten in southern Italy. There, it is most frequently used with roasted, fried or grilled vegetables, meat and fish. Unlike most Italian herbs,Oregano combines well with spicy foods, which are popular in southern Italy.